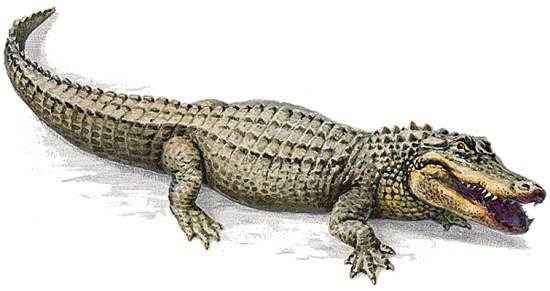 An alligator is a crocodilian in the genus Alligator of the family Alligatoridae. The two living species are the American alligator (A. mississippiensis) and the Chinese alligator (A. sinensis). In addition, several extinct species of alligator are known from fossil remains. Alligators first appeared during the Paleocene epoch about 37 million years ago.

The name “alligator” is probably an anglicized form of el lagarto, the Spanish term for “the lizard”, which early Spanish explorers and settlers inFlorida called the alligator. Later English spellings of the name included allagarta and alagarto.

Adult alligators are black or dark olive-brown with white undersides, while juveniles have strongly contrasting white or yellow marks which fade with age.

No average lifespan for an alligator has been measured. In 1937, an adult specimen was brought to the Belgrade Zoo in Serbia from Germany. It is now at least 80 years old. Although no valid records exist about its date of birth, this alligator, officially named Muja, is considered the oldest alligator living in captivity. 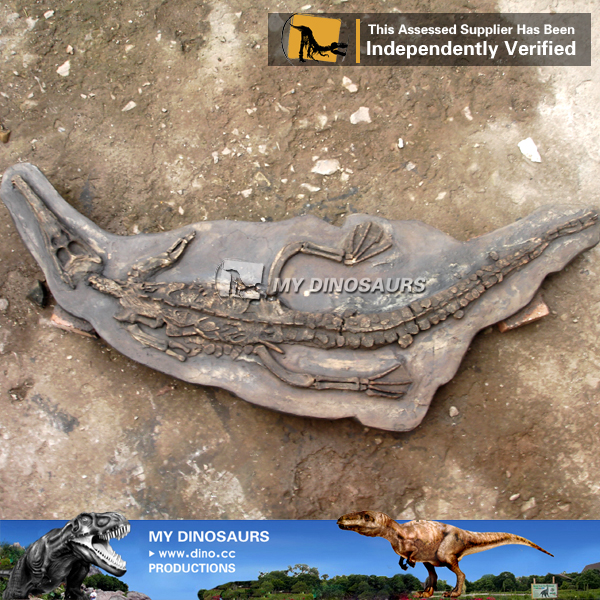