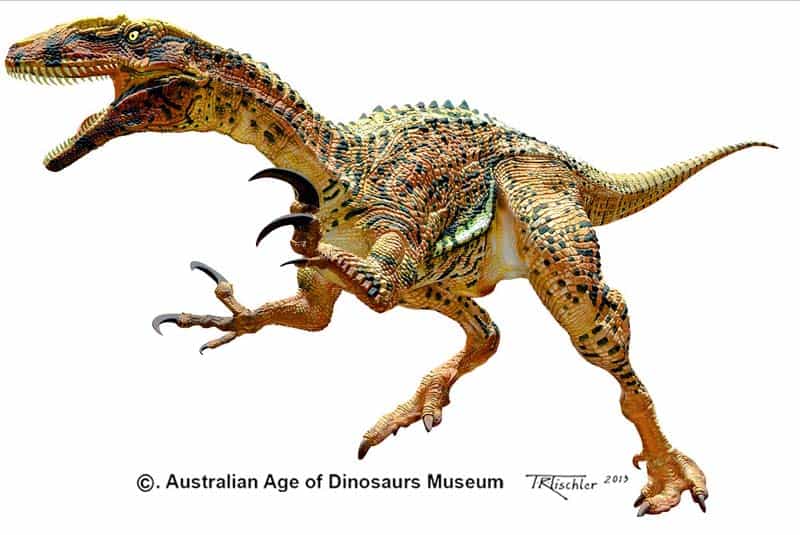 Australovenator (meaning “southern hunter”) is a genus of megaraptoran theropod dinosaur from Cenomanian (Late Cretaceous)-age rocks (dated to 95 million years ago) of Australia. It is known from partial cranial and postcranial remains which were described in 2009 by Scott Hocknull and colleagues.

According to Hocknull, it was 2 m (6.6 ft) tall at the hip and 6 m (20 ft) long, with a weight of about 500–1000 kg. Because it was a lightweight predator, he coined it as the “cheetah of its time”. Like other megaraptorans, Australovenator would have been a bipedal carnivore