Dinosaur Park is a tourist attraction in Rapid City, South Dakota, United States. Dedicated on May 22, 1936, it contains seven dinosaur sculptures on a hill overlooking the city, created to capitalize on the tourists coming to the Black Hills to see Mount Rushmore. 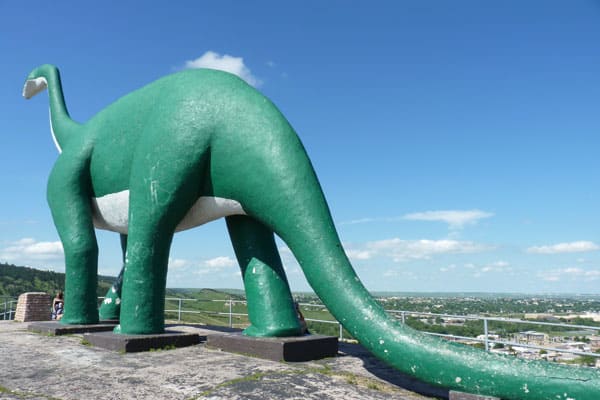 At the beginning of the establishment, the park had only five dinosaurs. The five figures — an Apatosaurus, Triceratops, Stegasaurus, Tyrannosaurus Rex., and a Brontosaurus, all life-size, were fashioned from concrete over iron pipe frameworks, making them exceptionally sturdy. 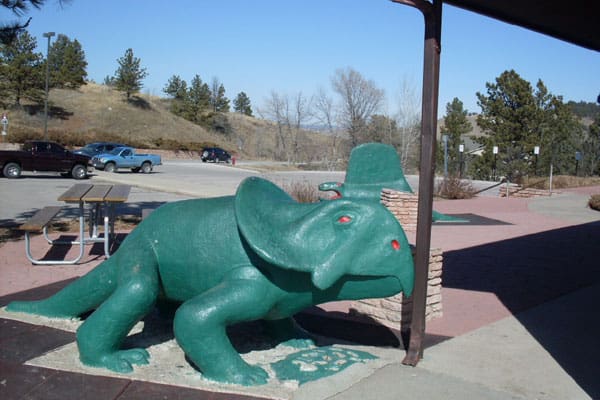 A Protoceratops and a Dimetrodon (Dimetrodon is not actually a dinosaur, but rather a synapsid, and more closely related to mammals than reptiles) were added later on and are located near the gift shop and parking lot. 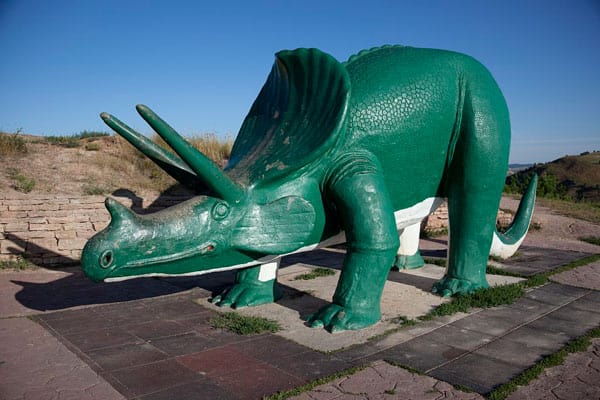 As an early entrant into the world of dinosaur tourist attractions, the giant creatures sculpted here are what dinosaurs were thought to look like in 1936. And there’s an undeniable cartoony style to these bright green, life-size sculptures. Modern depictions differ, of course. Yet the bright green thunderbeasts above Rapid City still satisfy legions of little crunchers. 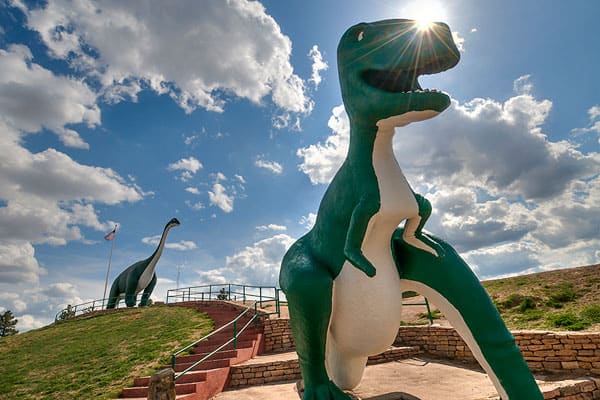 It is probably the only dinosaur park that encourages kids to climb on all its displays. This may also explain the rounded and worn edges — nothing a regular paint job can’t remedy. 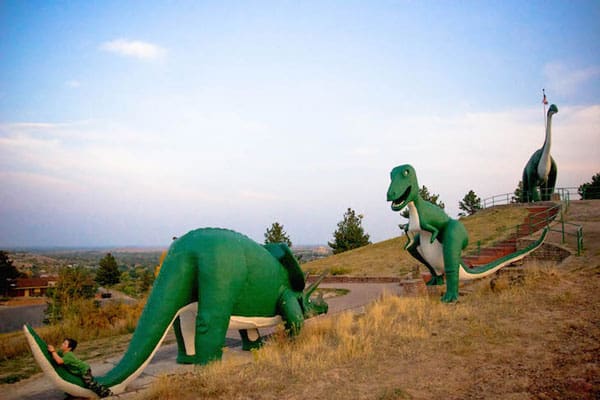 For more than seventy-nine years, the park has provided people from across the state and world with insights into the lives and habitats of the prehistoric mammals. Get more information about the park visit http://www.rcgov.org/departments/parks-recreation/parks-recreation-department-78.html.

My dinosaurs are here to provide more realistic animatronic dinosaurs and dinosaur statues.