The Central Museum of Mongolian Dinosaurs, located in the Chingeltei District of Ulaanbaatar city, is aimed at protecting and preserving findings of dinosaurs, displaying them to the public and passing those heritages down to the next generations. The Museum is also working to seek for any dinosaur fossils initially found in Mongolia and to register the rare items and create a database. 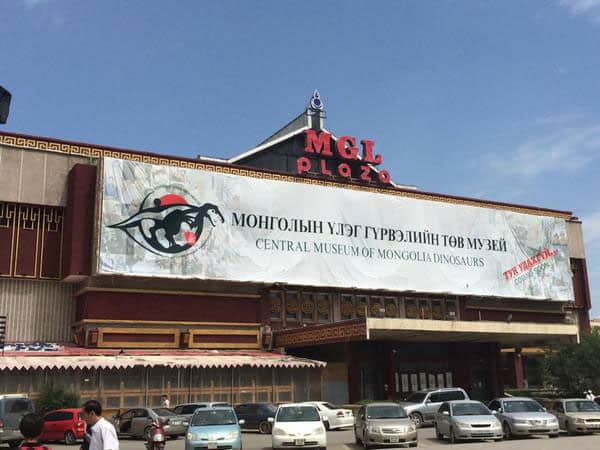 The museum, constructed in 1974. A portion was renovated and opened in 2016 and the authorities dream of expanding it into a world-class institution of palaeontology and education.

The centerpiece of the museum is a 4m-tall, 3-tonne, flesh eating Tyrannosaurus Bataar, a cousin of the Tyrannosaurus Rex. The smaller dinosaur next to T-Bataar is a Saurolophus, with its distinctive cranial crest. The museum also includes simulation models of Velociraptors, Protoceratops, and a nest of Oviraptor eggs. 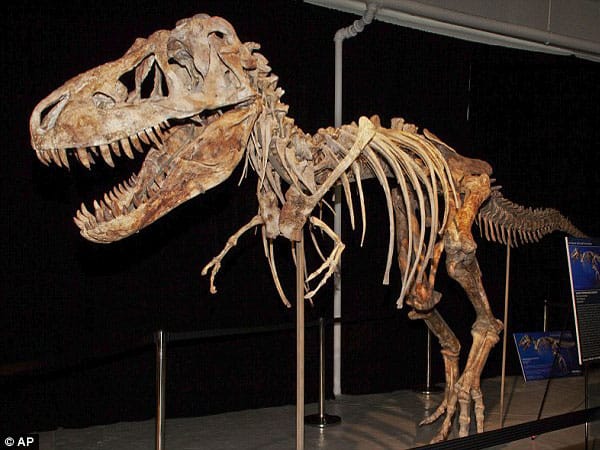 “Walking dinosaur”, the only permanent exhibition of the museum, opened to the public in 27th March 2015. It has 14 exhibits. The dinosaur fossils exhibition consists of Ankylosaurus, Oviraptoridae, Saurolophus, Protoceratops, Ornithomimosaurus, Tarbosaurus bataar dinosaurs’ fossils, dinosaurs’ eggs and turtles that lived about 231-66 million years ago. The exhibition has a corner for kids. In this part visitors can take photo with simulation animatronic dinosaurs costumes and to try on dinosaur’s costumes. 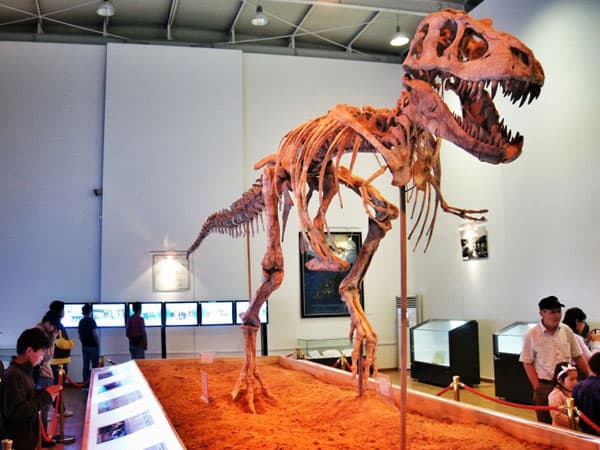 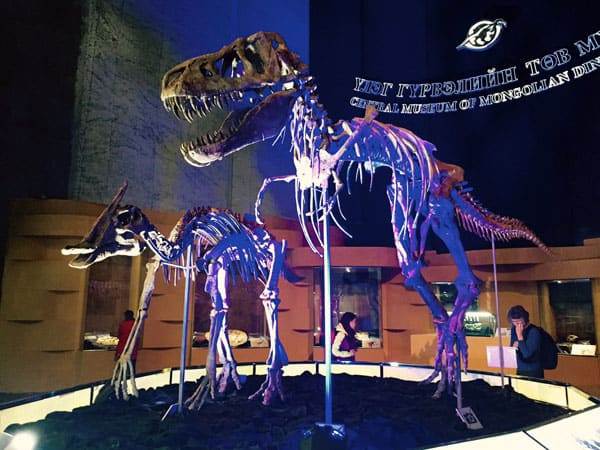