Cabazon Dinosaurs, also referred to as Claude Bell’s Dinosaurs, are enormous, sculptured roadside attractions located in Cabazon, California, and visible to the immediate north of Interstate 10. 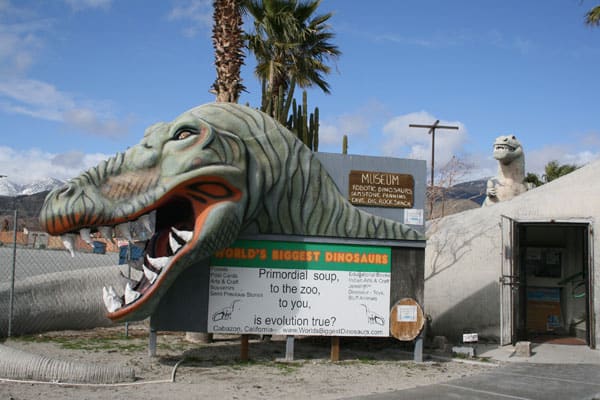 The site features Dinny the Dinosaur, a 150-ton building shaped like a larger-than-life-sized Brontosaurus, and Mr. Rex, a 100-ton Tyrannosaurus rex structure. Dinny, the first of the Cabazon dinosaurs, was started in 1964 and created over a span of eleven years. A second dinosaur, Mr. Rex, was constructed near Dinny in 1981. 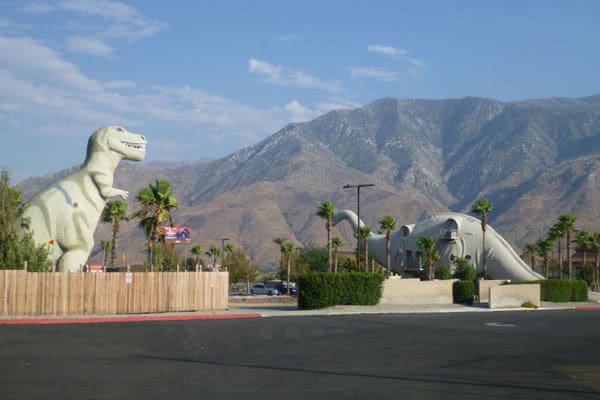 Mr. Rex’s Dinosaur Adventure includes a dinosaur exhibit featuring over 50 lifelike dinosaurs, a dinosaur dig, fossil panning, and access to climb inside Mr. Rex all the way up to his mouth. The dinosaurs are free to see, but it does cost if you want to go in the T Rex. 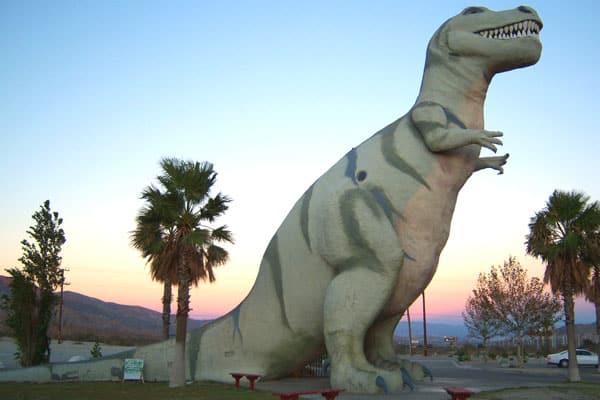 Dinny has a full gift shop inside his belly which is really fun for kids. There is everything from old cave men to toys inside. In stark contrast to that belief are Bell’s painted frescoes and sculptures inside Dinny, depicting a naturalist and evolutionary viewpoint. 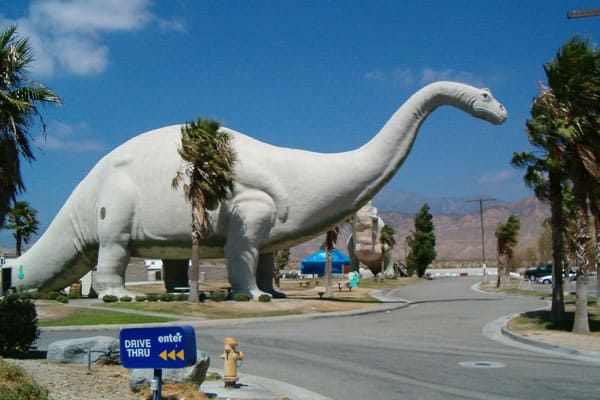 The Dinosaur Museum at the Cabazon Dinosaurs is a decent sized outdoor museum that has a lot of different plastic dinosaur busts that you can see. After paying the fee you will head first into the anamorphic dinosaurs area. A few of the animatronic dinosaurs have arms that move and one moves its head. There are also a lot of toys and such that you can buy here as well. 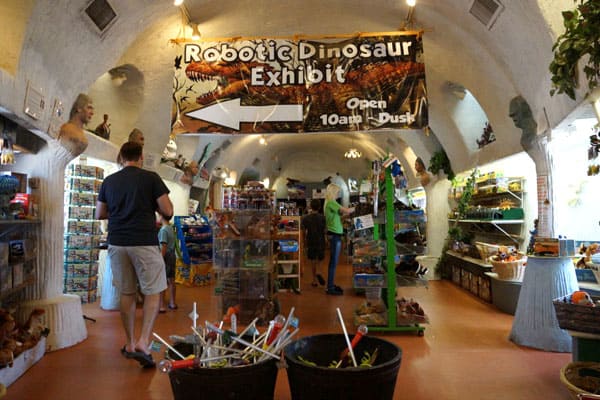 For more information about Cabazon Dinosaurs, visit the its website at http://www.cabazondinosaurs.com/.