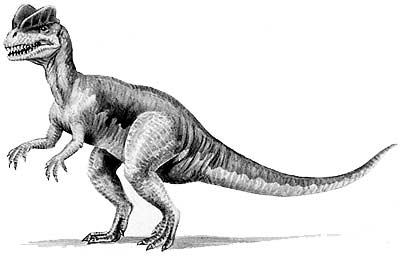 Dilophosaurus is a genus of theropod dinosaur. It contains a single known species, Dilophosaurus wetherilli, known from fossil remains found in the Kayenta Formation of Arizona. This rock formation has been dated to the early Jurassic Period (Sinemurian age), about 193 million years ago. Dilophosaurus was among the largest carnivores of its time (about 7 meters long) and had a pair of rounded crests on its skull.

The teeth of Dilophosaurusare long, but have a fairly small base and expand basally. Dilophosaurus had 12 maxillary teeth and as many as 18 dentary teeth; the teeth were smaller in the tip of the upper jaw. The second and third front teeth feature serrations, which are absent in the fourth. Another skull feature was a notch behind the first row of teeth, giving Dilophosaurus an almost crocodile-like appearance, similar to the putatively piscivorous spinosaurid dinosaurs. This “notch” existed by virtue of a weak connection between the premaxillary and maxillary bones of the skull. The braincase is well known in Dilophosaurus, and is significant in that it bears a feature of the top side wall that is absent in ceratosaurians. Compared with ceratosaurians, the distal scapular expansion in D. wetherilli is uniquely rectangular. The upper leg bone (femur) is longer than the lower leg (tibia). 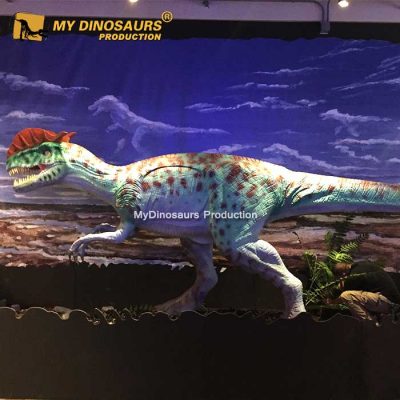 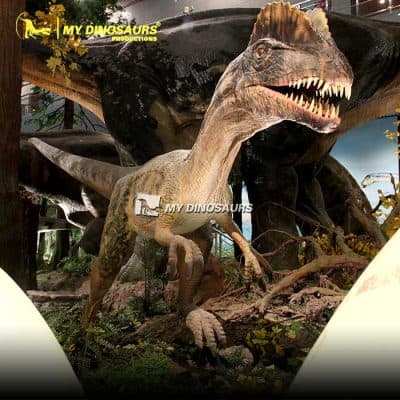 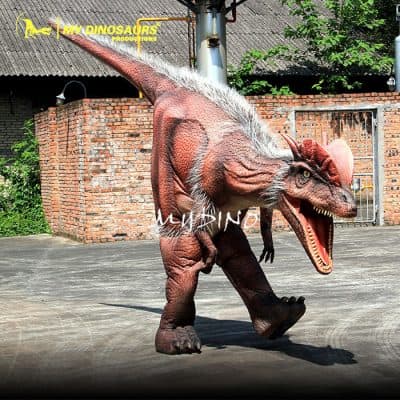 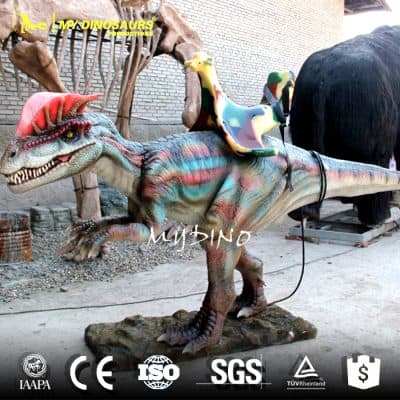