Indroda Nature Park (INP) is an environment conservation initiative led by the Forest Department of Gandhinagar. Situated in the capital city of Gujarat, this park covers a total geographical area of 428 hectares, which is covered with dense forestation and rich vegetation. Since its establishment in 1970 as a ravine-reclamation area, this nature park has come a long way in becoming a beautiful man-made forest and delightful tourist attraction of the city. 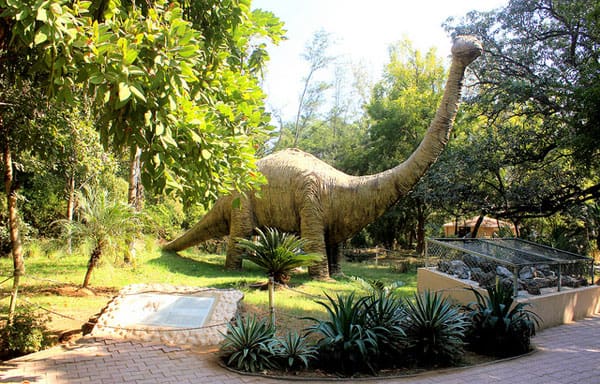 The nature park has been divided into various sections, which are dedicated to different varieties of flora and fauna. The Dinosaur statue and dinosaur Fossil Section is the most intriguing, which displays bones, eggs and other precious fossils related to this extinct animal. Mammals, reptiles and birds can also be seen in this conservation area. 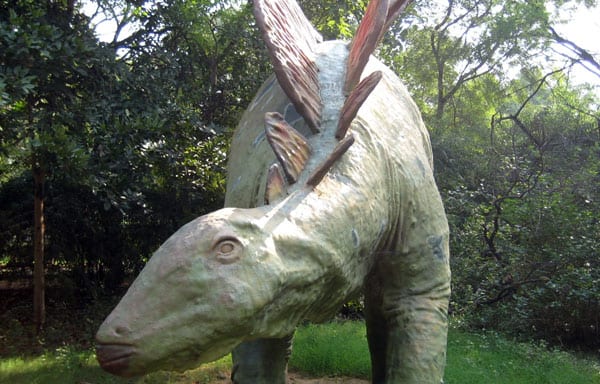 While the Earth Section is related to geology, the Marine Section is all about sea organisms. Indroda Nature Park also has a Plant Section and Botanical Garden, where a large number of indigenous trees, ornamental exotic flora, succulent plants and medicinal herbs are planted and preserved. 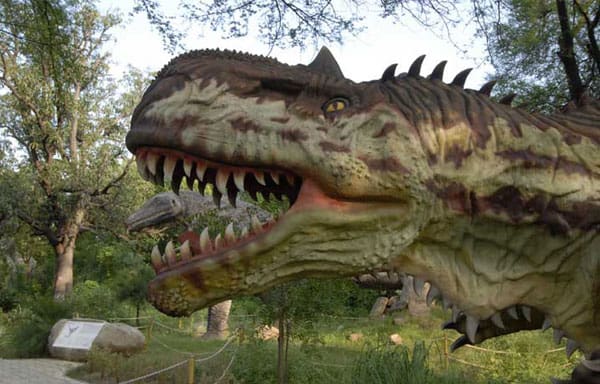 What is necessary to be mentioned is that the Dinosaur and Fossil Section is the only dinosaur museum in the country. It holds a wide collection of fossilized eggs, skeletons and skin impressions of dinosaurs. It has been called India’s Jurassic Park, though in fact, the fossils are from the later Cretaceous period, not the Jurassic. Several fossilised dinosaur eggs and skeletal parts have been found here. The fossils which were found in Upper Cretaceous formations in the region date back 66 million years ago. The eggs are of different sizes,some the size of cannon balls.Fossil trackways of these gargantuan animals are also on display in the park. Life-size dinosaur models that are on display include Tyrannosaurus rex, Titanosaurus, Barapasaurus, Brachiosaurus, Antarctosaurus and Iguanodon. 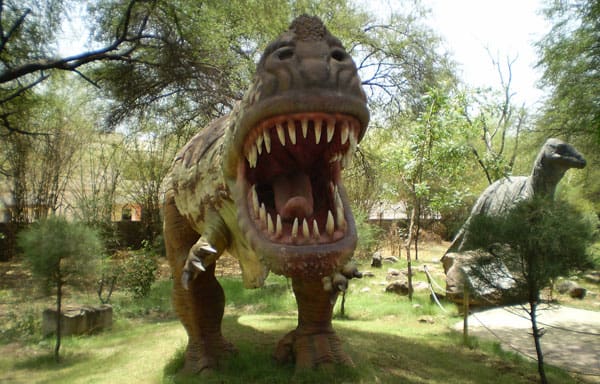 Along the span of time, the flora and fauna of this place has increased tremendously, with the park including some rare and endangered species. The place provides a wide range of facilities for research and interpretation of floral and faunal species along with a natural history museum. The Park’s website is http://www.geerfoundation.gujarat.gov.in/parks.htm. 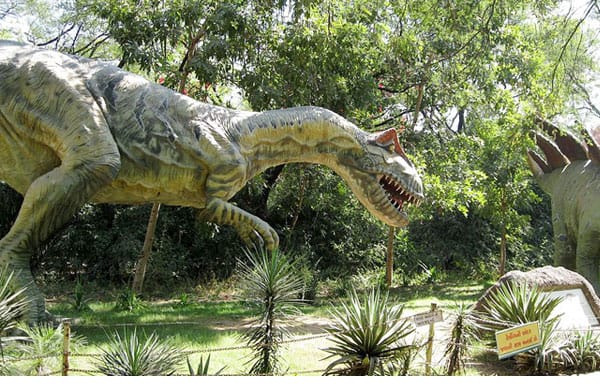