The Fukui Prefectural Dinosaur Museum is a dinosaur museum located in the city of Katsuyama, Fukui Prefecture, Japan. It is supported by a prefecture. 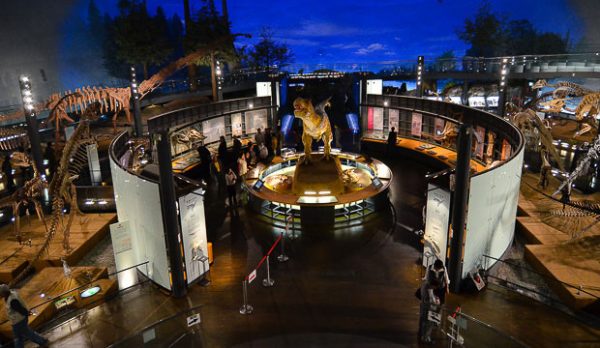 In addition to being the only dedicated dinosaur museum in all of Japan, it is one of the “World’s Three Great Dinosaur Museums” along with the Royal Tyrrell Museum of Palaeontology in Canada and the Zigong Dinosaur Museum in China. 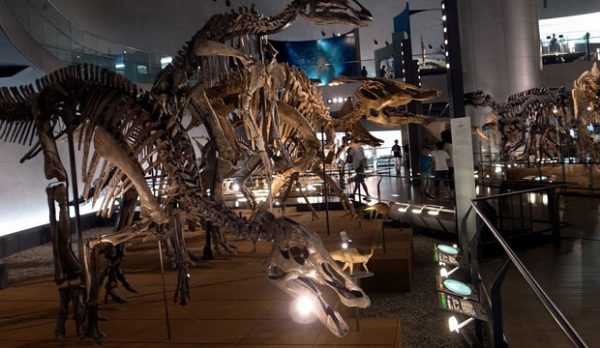 The FPDM exhibits a number of specimens on geology and paleontology, such as invertebrate fossils, minerals, rocks and of course dinosaurs! In the 4,500-square-meter exhibition hall which consists of three parts: “Dinosaur World”, “Earth Science” and “History of Life”, placed 42 dinosaur skeletons and more than 1,000 specimens.There are large-scale three-dimensional model, large screen, you can personally experience the ancient dinosaur era. 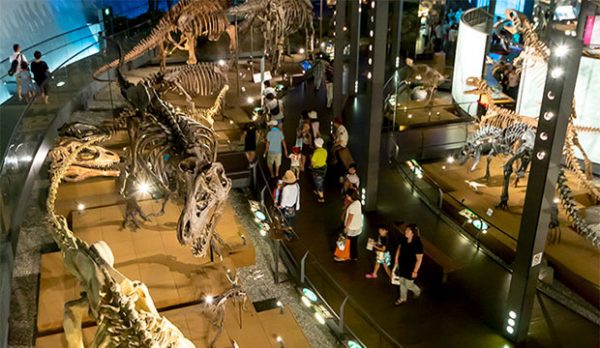 In the Dinosaur World exhibition, more than 40 dinosaur body skeleton were exhibited,which include the dinosaur restoration skeleton of Fukui Long and Fukui Pirates found in Fukui County.Among 42 dinosaur skeletons,6 of them are in kind,and others are simulation dinosaur skeleton models.The Earth Science exhibition area shows the history of earth science ,the fossils found in land and sea, the minerals that make up the earth,etc. In chronological order,the History of Life exhibition demonstrates how the history of life in the sea in the history of the earth of 46 billion years, and how it became vertebrate, and how it went to land. 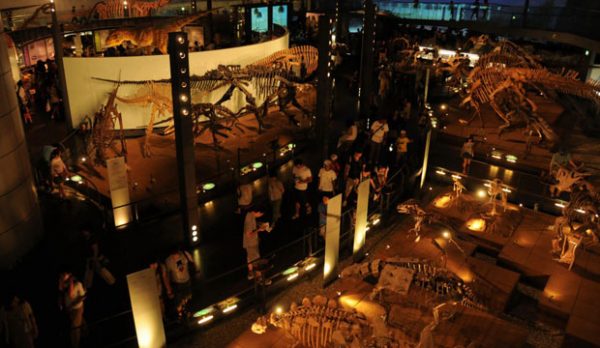 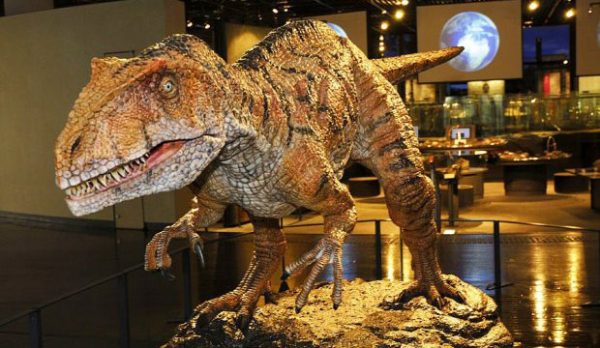 Dinosaurs have been extinct,and is still very popular among people of all ages now.Looking at the huge life-size dinosaur models, you can imagine the lives of the dinosaurs.If you want to see more of the scene at that time, you can not miss the Fukui Prefectural Dinosaur Museum,which saves a lot of dinosaur specimens.The Museum’s website is as follows:http://www.dinosaur.pref.fukui.jp/.