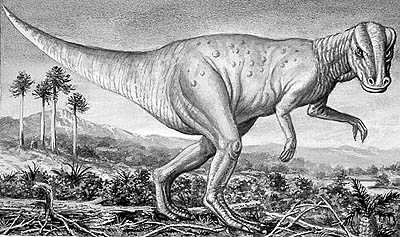 Hadrosaurus is a valid genus of hadrosaurid dinosaur. The only known skeleton was discovered in 1858, representing the first dinosaur species known from more than isolated teeth to be identified in North America. In 1868, it became the first ever mounted dinosaur skeleton. Hadrosaurus foulkii is the only species in this genus and has been the official state dinosaur of New Jersey, United States since 1991.