Huayangosaurus is a genus of stegosaurian dinosaur from the Middle Jurassic of China. The name derives from “Huayang” (華陽), an alternate name forSichuan (the province where it was discovered), and “saurus”, meaning “lizard”. It lived during the Bathonian to Callovian stages, around 165 million years ago, some 20 million years before its famous relative, Stegosaurus appeared in North America. At only 4.5 metres long, it was also much smaller than its famous cousin. Found in the Lower Shaximiao Formation, Huayangosaurus shared the local Middle Jurassic landscape with the sauropods Shunosaurus,Datousaurus, Omeisaurus and Protognathosaurus, the ornithopod Xiaosaurus and the carnivorous Gasosaurus. It was found in Huayang in China.

Huayangosaurus was one of the smallest known stegosaurians, at just 4.5 meters (15 feet) in length. 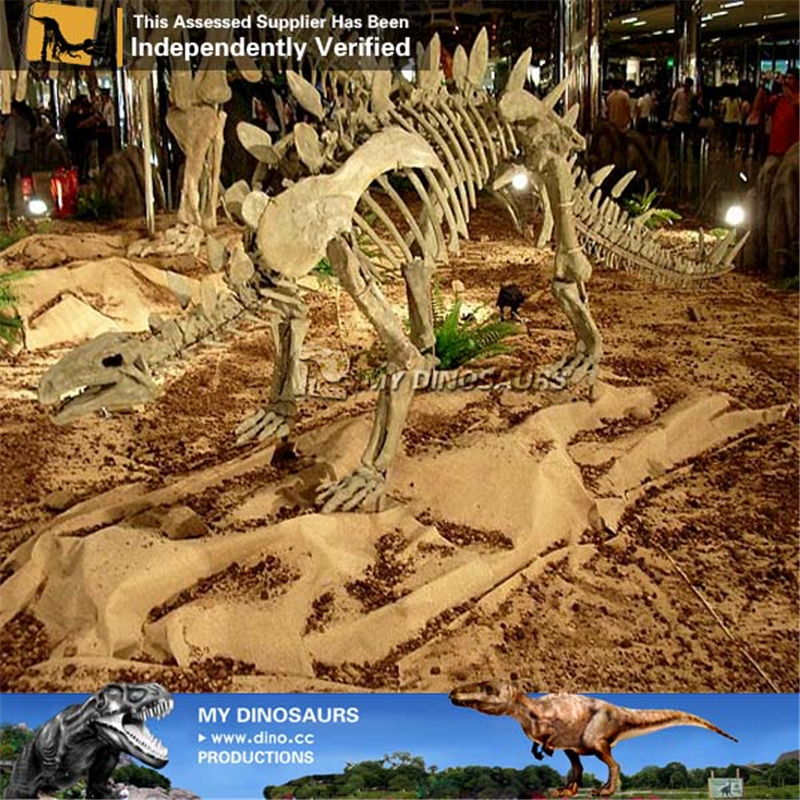