Lufengosaurus is a genus of massospondylid dinosaur which lived during the Early Jurassic period in what is now southwestern China.

Lufengosaurus is often described as a rather small earlysauropodomorph, about 6 metres (20 ft) long. However, when the “L. magnus” specimens are included, its size is more considerable: Gregory S. Paul estimated a length of 9 metres (30 ft) and a weight of 1.7 metric tons (1.9 short tons) in 2010. For an early sauropodomorph, its neck is rather long and the forelimbs are relatively short. From these it was inferred that the species was bipedal, even before it became common to assume this for all basal sauropodomorphs. Yang published a full osteology of Lufengosaurus in 1941, but was severely hampered in his diagnosis by the war conditions, preventing a full access to literature and making an adequate comparison with related forms impossible. Of the skull a modern description exists. The skull of the holotype is 25 centimetres (9.8 in) long. 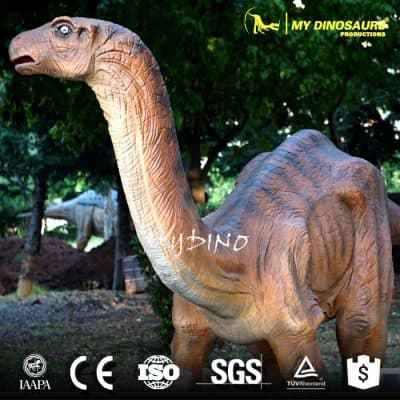