Crystal Palace Dinosaurs are a collection of over 30 statues created by Benjamin Waterhouse Hawkins in the years around 1854. This set includes the first ever attempt anywhere in the world to full size model dinosaurs, three-dimensional, active creatures. The set also includes models of other prehistoric creatures, including plesiosaurs and ichthyosaurs discovered by Mary Anning in Lyme Regis, and a South American Megatherium brought back to Britain by Charles Darwin on his voyage on HMS Beagle. 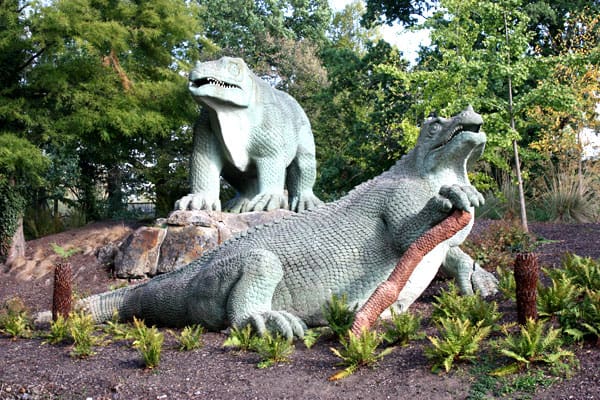 The models represent fifteen genera of extinct animals, not all dinosaurs. They are from a wide range of geological ages, and include true dinosaurs, ichthyosaurs, and plesiosaurs mainly from the Mesozoic era, and some mammals from the more recent Cenozoic era. 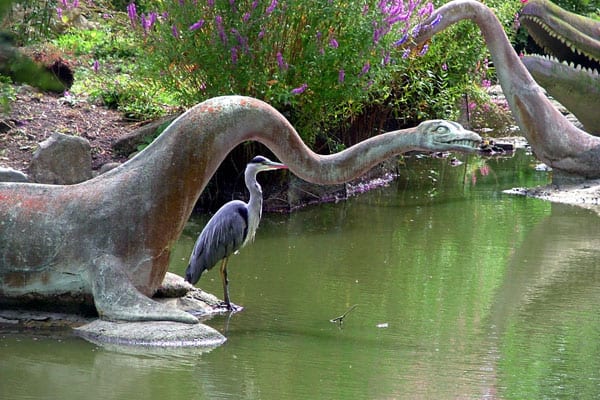 Represented the Palaeozoic era, Two Dicynodon models which looked like Hippopotamus are based on incomplete Permian fossils found in South Africa. The Ichthyosaurus models are based on Triassic or Jurassic fossils from Europe. Though the three ichthyosaurs are partly in water, they are implausibly shown basking on land like seals. And the Ichthyosaurus lived in Meaozoic era. 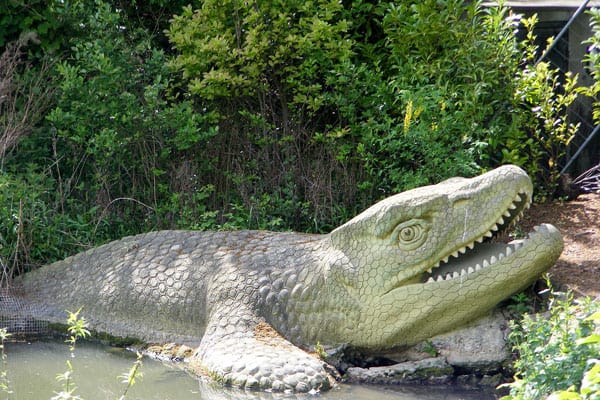 Anoplotherium is an extinct mammal from the Eocene to Oligocene epochs, first found near Paris. Hawkins’s models draw on Owen’s speculation about it looks like camel appearance. Three models were made, forming a small herd. 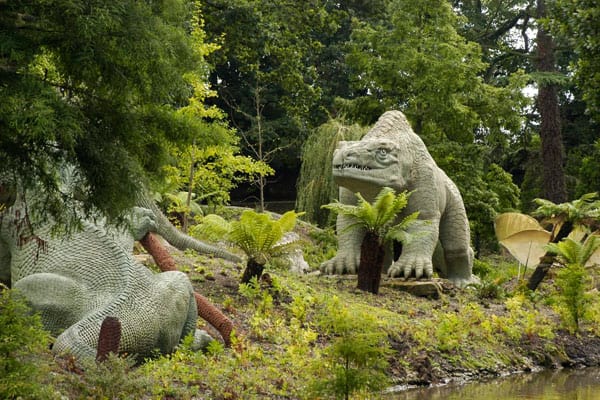 Crystal Palace Park is located in the south suburbs of London, UK. The statues are outdoors. So, if you are interested in visiting the park, please be mindful of local weather conditions. More information about the museum visit http://cpdinosaurs.org/. 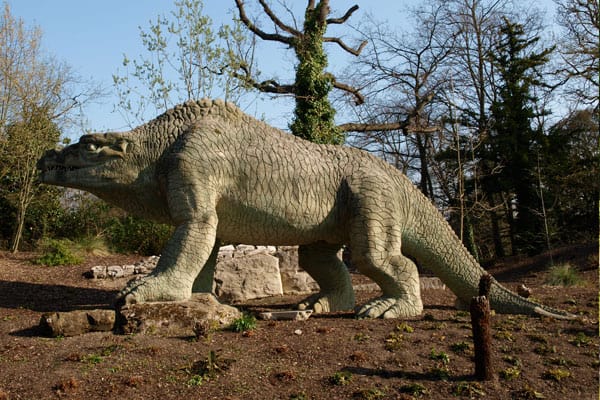