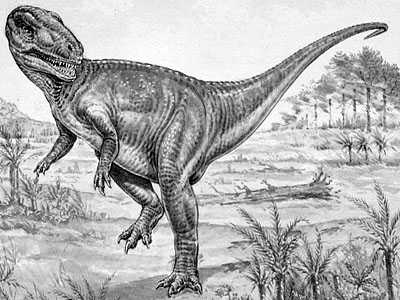 Megalosaurus is a genus of large meat-eatingtheropod dinosaurs of the Middle Jurassic period (Bathonianstage, 166 million years ago) of Southern England. Although fossils from other areas have been assigned to the genus, the only certain remains of Megalosaurus come from the late Middle Jurassic of the Oxfordshire.

Megalosaurus was about seven metres long, weighing about 1.1 tonnes. It was bipedal, walking on stout hindlimbs, its horizontal torso balanced by a horizontal tail. Its forelimbs were short, though very robust.Megalosaurus had a rather large head, equipped with long curved teeth. It was generally a robust and heavily muscled animal. 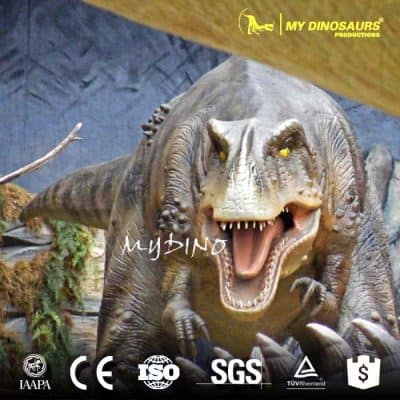