Tobu World Square is a theme park in Kinugawa Onsen, Nikkō, Tochigi, Japan. The theme park contains over a hundred 1:25 scale Miniature models of famous buildings from around the world, including ancient monuments, cultural treasures and UNESCO World Heritage Sites which are reproduced with great detail all the way down to cars, trains and miniature people populating the sites. 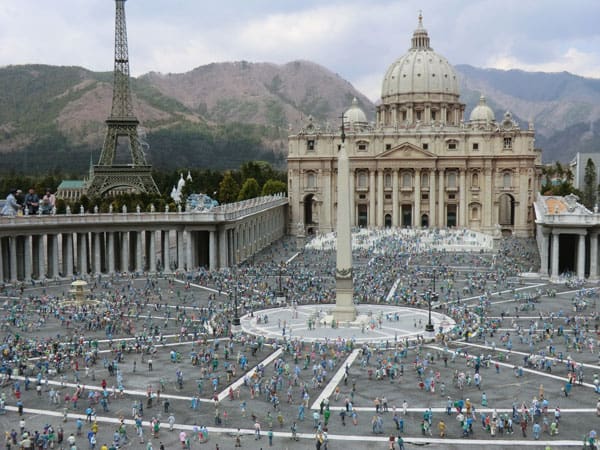 The park is divided into zones based on regions of the world. Beginning in the Japan Zone, visitors can view scenes of Japan along with culturally significant sights from across the country such as Himeji Castle, Dogo Onsen and temples around Kyoto. The Asia Zone takes visitors to Korea and India, as well as some large sites from China such as the Forbidden City. 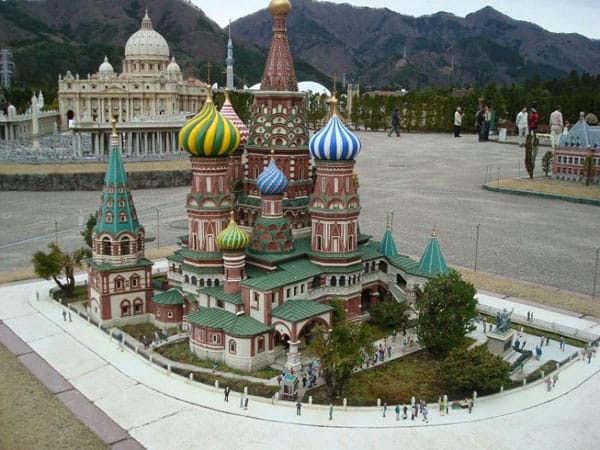 Next is the Europe Zone, the park’s largest and most diverse area. Here ancient wonders such as the Parthenon and the Colosseum sit side by side with more recent structures like the Eiffel Tower. Moving on, is the Egypt Zone with the Pyramids and the Sphinx, and beyond that is the America Zone, home to the White House and a section of downtown New York City, complete with the Twin Towers, which are two of the largest structures in the park. 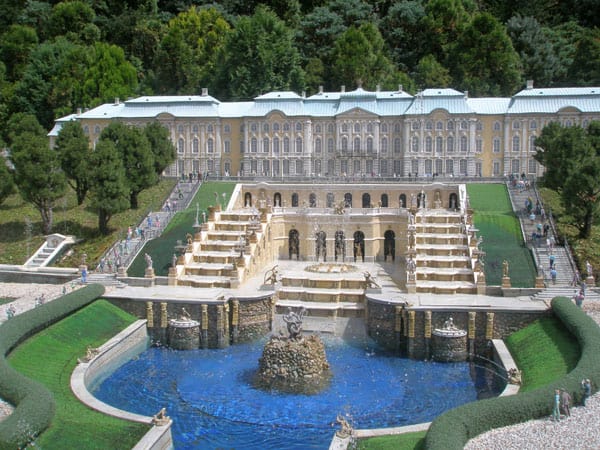 Tobu World Square closes with a Modern Japan Zone with more contemporary structures such as the Diet Building, Tokyo Dome, Tokyo Tower and the Tokyo Skytree. This zone also features a partial replica of Narita Airport. 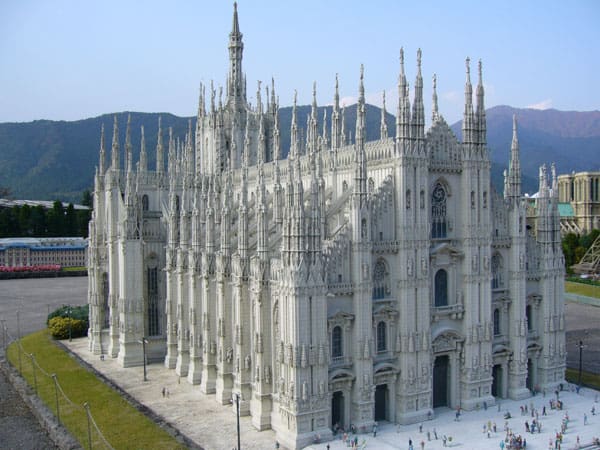 The park has a few other facilities including restaurants and shops which sell food and goods from around the world. Free guided tours, one through the Modern Japan and America Zones and one through the Europe Zone, are held once per day in Japanese. English pamphlets are available, and all the site descriptions around the park are in both Japanese and English. 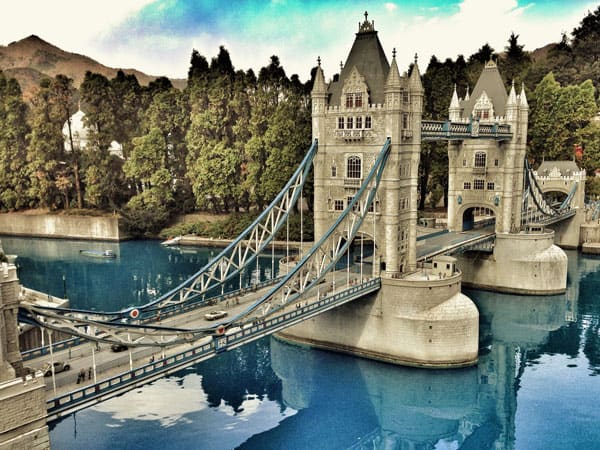 Fine artisanal techniques can be found also in carvings and stained glasses of the buildings. Tobu World Square is a perfect place to visit , because you can travel around the world just looking at the miniature building replicas in Tobu World Square. The Park’s website is www.tobuws.co.jp/.