Yandusaurus is a genus of herbivorous basal euornithopod dinosaur from the Bathonian age (middle Jurassic, approximately 169 to 163 Ma) of China.

In January 1973 the Museum of the Salt Industry at Zigong in Sichuan was warned that during construction activities with a composter at Jinzidang near the Honghe dam inadvertently a dinosaur skeleton had been processed. A team of the museum managed to salvage some heavily damaged remains. Though locally this animal was at first referred to as “Yubasaurus” or “Honghesaurus”, in 1979 Beijing professor He Xinlu named and described it as the type species Yandusaurus hongheensis. The generic name is derived from Yandu, the ancient name for Zigong. This name is a contraction of yan, “salt”, and du, “capital”, occasioned by the fact that Zigong was historically the centre of Chinese salt mining. In this way Yandusaurus indirectly also refers to the Salt Museum. The specific name refers to the Honghe river. 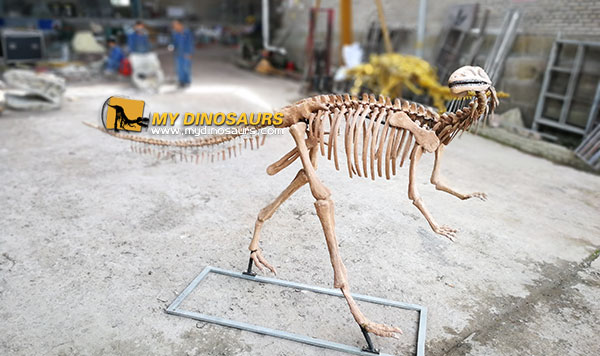 The holotype specimen, GCC V20501, had been dug up in a layer of the Lower Shaximiao Formation. It consists of a partial skeleton with skull. Elements of most parts of the body have been preserved, the skull, vertebral column, shoulder girdle, frontlimbs and hindlimbs but all are very limited and/or damaged. The lower jaws, pelvis and the end of the tail had probably been entirely destroyed by the machine. 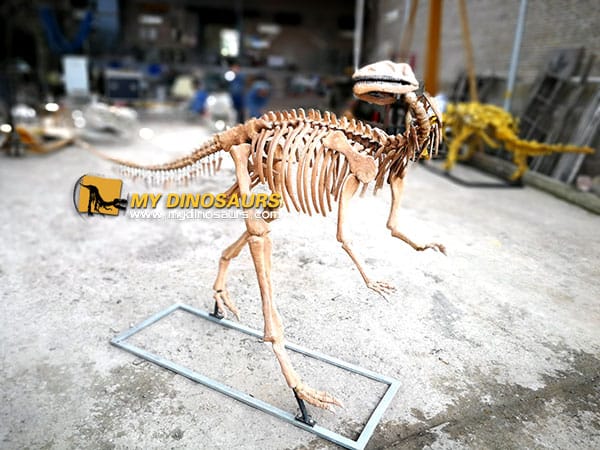 In 1983 He and Cai Kaiji identified a second species: Yandusaurus multidens, known from two nearly complete skeletons and nine partial skeletons. In 1992 this was by Guangzhao Peng reassigned to the genus Agilisaurus as a A. multidens. In 1996 Gregory S. Paul renamed it as Othnielia multidens. In 2005 it was by Paul Barrett e.a. placed in its own genus, Hexinlusaurus.