The dinosaur stereoscopic brand, built for the plaza improvements of Zigong Dinosaur Museum, has been finished. As an important project the square improvement, the main body of dinosaur model is the key point of the dinosaur stereoscopic brand.  The whole brand is made of tyrannosaurus rex of our company. And It took nearly a month to finish the T-rex model. The T-rex model is made from fiberglass, enjoying advantages of waterproof and weatherproof for outdoor with prolonged use. At the same time, in order to make visitors get a good visual effect from various angles, the tyrannosaurus rex is made according unconventional proportion. No matter which aspect of the T-rex model visitors observe, there is highly-degree simulation.

The stereoscopic brand plays an important role in promoting the image of Zigong Dinosaur Museum, reflecting the theme of the museum, showing visitors direction, and improving the square environment. Whats more, the tyrannosaurus rex model is a spectacular complement of the stereoscopic brand. At the same time it also fully demonstrate the mature simulation technology of our company. 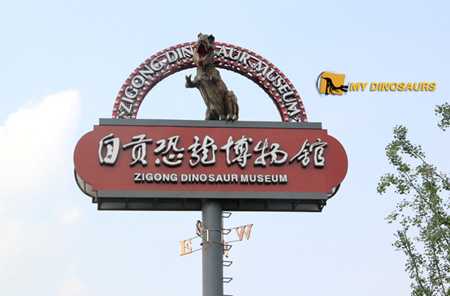 The front of he stereoscopic brand can be good publicity for museum image, Tyrannosaurus rex is very authentic, waterproof, fade resistance. This makes it very durable for outdoor enviroment. 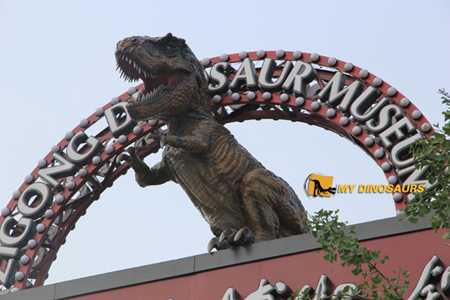 A close observation, though tyrannosaurus rex by unconventional proportion to produce nor distortion. 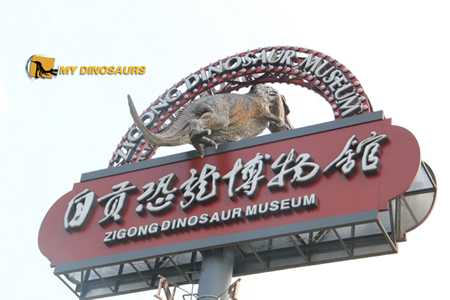 When viewed from behind, Tyrannosaurus rex still has a good visual effect, and played a certain role in the image of the publicity of the Dinosaur Museum. 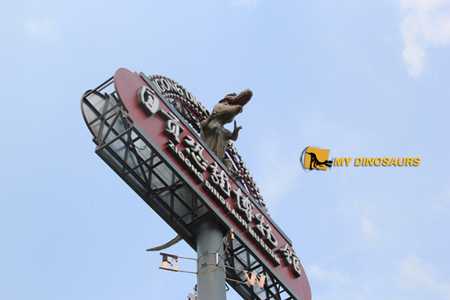