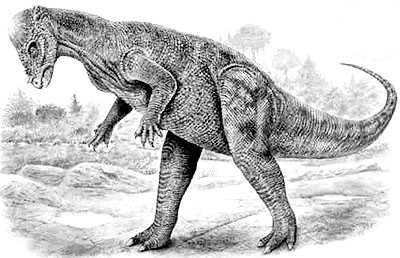 Pachycephalosaurus meaning “thick-headed lizard,” from Greek pachys-/παχυς- “thick”, kephale/κεφαλη “head” and sauros/σαυρος “lizard”) is a genus of pachycephalosaurid dinosaurs. The type species, P. wyomingensis, is the only known species. It lived during the Late Cretaceous Period (Maastrichtian stage) of what is now North America. Remains have been excavated in Montana, South Dakota, and Wyoming. It was an herbivorous creature which is primarily known from a single skull and a few extremely thick skull roofs, though more complete fossils have been found in recent years. Pachycephalosaurus was one of the last non-avian dinosaurs before the Cretaceous–Paleogene extinction event. Another dinosaur, Tylosteus of western North America, has been synonymized with Pachycephalosaurus.

The anatomy of Pachycephalosaurus is poorly known, as only skull remains have been described. Pachycephalosaurus is famous for having a large, bony dome atop its skull, up to 25 cm (10 in) thick, which safely cushioned its tiny brain. The dome’s rear aspect was edged with bony knobs and short bony spikes projected upwards from the snout. The spikes were probably blunt, not sharp. 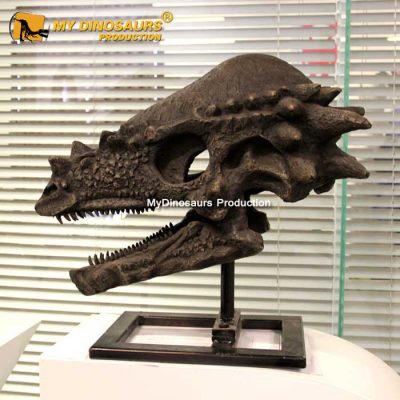 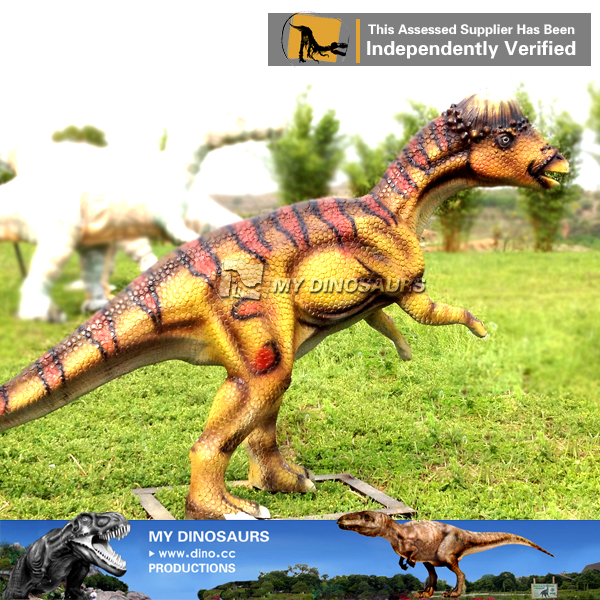