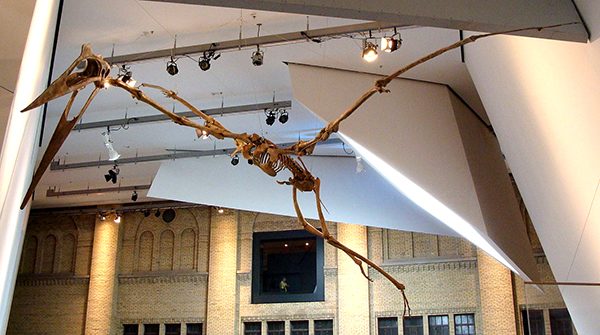 Quetzalcoatlus is an azhdarchid pterosaur known from the Late Cretaceous of North America (Maastrichtian stage) and one of the largest known flying animals of all time. It is a member of the family Azhdarchidae, a family of advanced toothless pterosaurs with unusually long, stiffened necks. Its name comes from the Mesoamerican feathered serpent god, Quetzalcoatl.