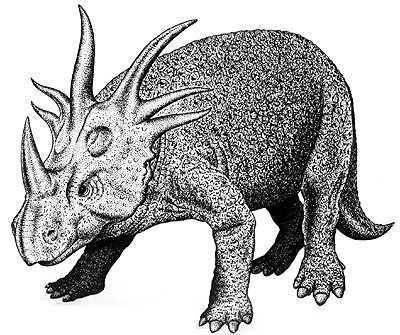 Styracosaurus was a genus of herbivorous ceratopsian dinosaurfrom the Cretaceous Period (Campanian stage), about 75.5 to 75 million years ago. It had four to six long horns extending from its neck frill, a smaller horn on each of its cheeks, and a single horn protruding from its nose, which may have been up to 60 centimetres (2 ft) long and 15 centimetres (6 in) wide. The function or functions of the horns and frills have been debated for many years.

Styracosaurus was a relatively large dinosaur, reaching lengths of 5.5 metres (18 ft) and weighing nearly 3 tonnes. It stood about 1.8 meters (6 ft) tall. Styracosaurus possessed four short legs and a bulky body. Its tail was rather short. The skull had a beak and shearing cheek teeth arranged in continuous dental batteries, suggesting that the animal sliced up plants. Like other ceratopsians, this dinosaur may have been a herd animal, traveling in large groups, as suggested bybonebeds. 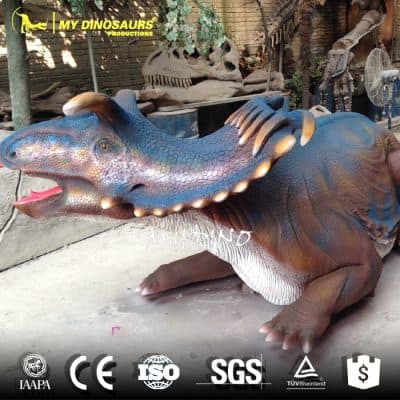 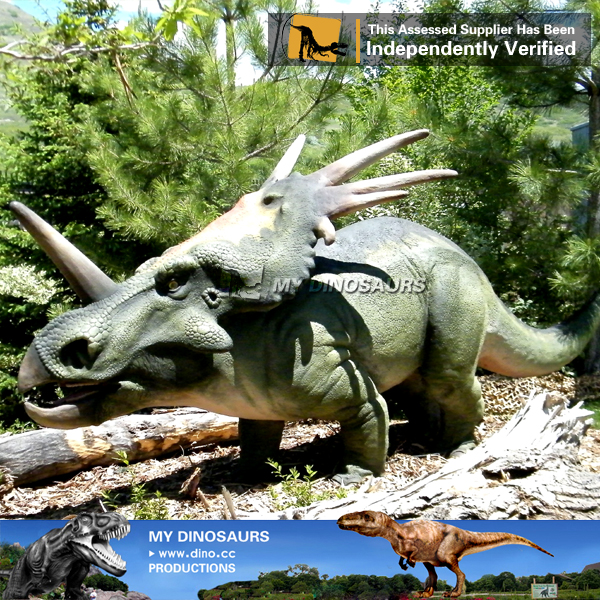