Great movies take us to exciting new worlds. When the animated DreamWorks film “How to Train Your Dragon” came out in 2010, it brought audiences to a mystical Viking village called Berk. There, amid quaint huts and spectacular rock formations, powerful dragons took wing. All over the world, people responded to those cinematic beasts with […]

END_OF_DOCUMENT_TOKEN_TO_BE_REPLACED

Dragons have existed in folklore for hundreds of years and have been treasured within our hearts for just as long so it’s no wonder why we at My Dinosaurs want to share our dragon knowledge and our fiery passion for these fascinating winged-beasts through the creation of animatronic dragons like the ones listed below. First […]

END_OF_DOCUMENT_TOKEN_TO_BE_REPLACED 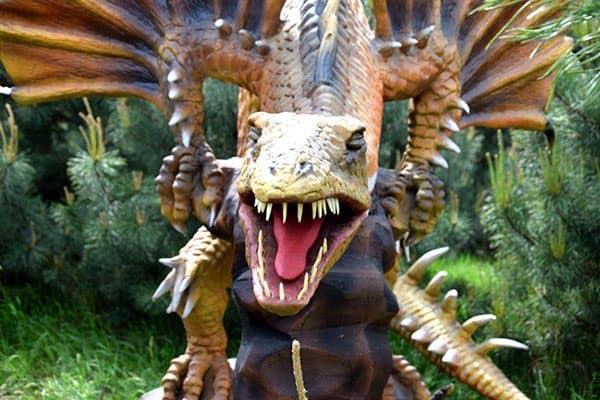 A dragon is a large, serpent-like legendary creature that appears in the folklore of many cultures around world. Beliefs about dragons vary drastically by region, but dragons in western cultures since the High Middle Ages have often been depicted as winged, horned, four-legged, and capable of breathing fire. They are portrayed as monsters to be tamed or overcome, usually by saints or culture heroes, as in the popular legend of Saint George […]