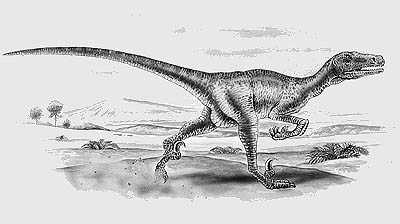 Utahraptor is a genus of theropod dinosaurs. It contains a single species, Utahraptor ostrommaysorum, which is the largest known member of the family Dromaeosauridae. Fossil specimens date to the upper Barremian stage of the early Cretaceous period (in rock strata dated to 126 ± 2.5 million years ago).

The holotype specimen of Utahraptor is fragmentary, consisting of skull fragments, a tibia, claws and some caudal (tail) vertebrae. These few elements suggest an animal about twice the length of Deinonychus. Like other dromaeosaurids,Utahraptor had large curved claws on their second toes. One claw specimen is preserved at 22 centimetres (8.7 in) in length and is thought to reach 24 centimetres (9.4 in) restored.

The largest described U. ostrommaysorum specimens are estimated to have reached up to 7 m (23 ft) long and somewhat less than 500 kg (1,100 lb) in weight, comparable to a polar bear in size.

It is thought that Utahraptor may be closely related to the smaller Dromaeosaurus and the giant Mongolian dromaeosaurid genus Achillobator. 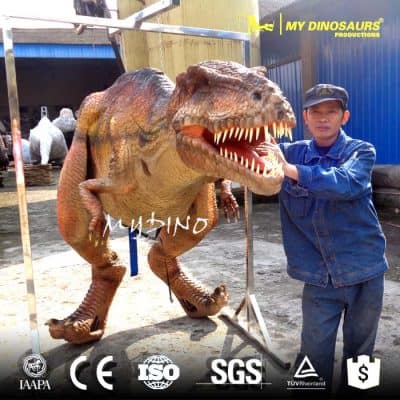 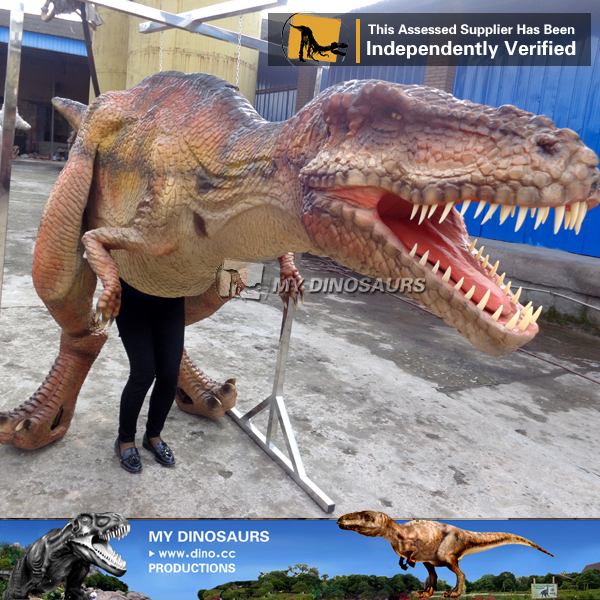 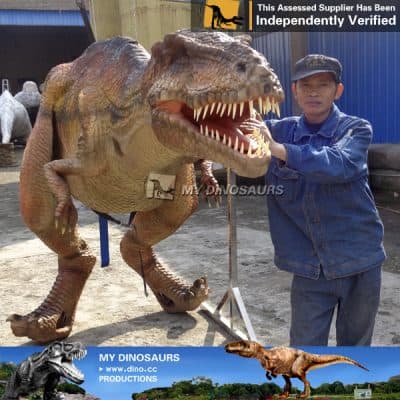